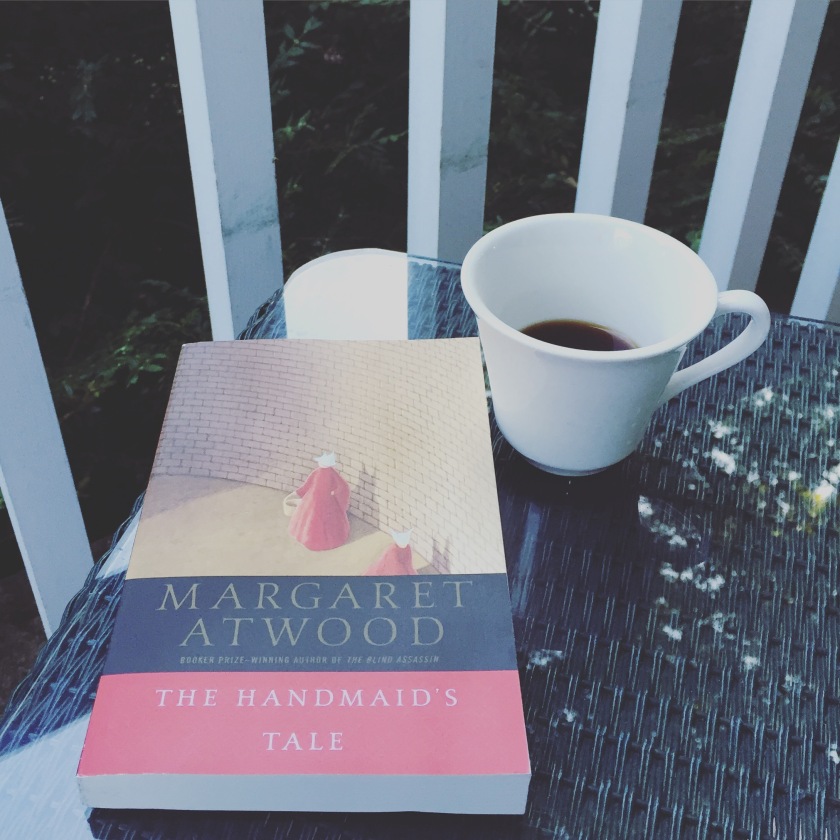 Of all the books we’ve read so far, I think this one is by far my favorite. I loved the premiss, the storyline, the writing style, and the ending. I’d never read anything by Margaret Atwood before, but The Handmaid’s Tale definitely makes me want to pick up a few more of her books.

One thing I love is Atwood’s insistence that the story is not science fiction. Yes, it’s fiction, but she says everything that happens in her novels is possible and/or may even have already happened. This perspective really added to the experience of this story. As I was reading, every time I would think how crazy the lives were that these characters were leading, I’d think back to real-world scenarios where mass-brainwashing has caused similar or more significant atrocities (the holocaust, public stoning of women, child labor, etc). It makes the themes and events in Offred’s story that much more powerful and relevant. It read to me like a lot more than just a women’s story.

And Atwood’s writing style brought me into the story in a unique way. The fact that it’s a first-person narrative told in a semi-polished, stream-of-consciousness method lets you into the protagonists life and thoughts fully and completely. I felt very tied to her past and her fate. But an interesting thing about this method of storytelling was, the whole time I was wondering: where is she while she’s telling this story and how did she get the chance to record it? And Atwood’s Historical Notes ending adds to that curiosity. What did happen to Offred? I like to think that the simple fact that she was able to share her story means she escaped, found peace, or at the very least was vindicated.