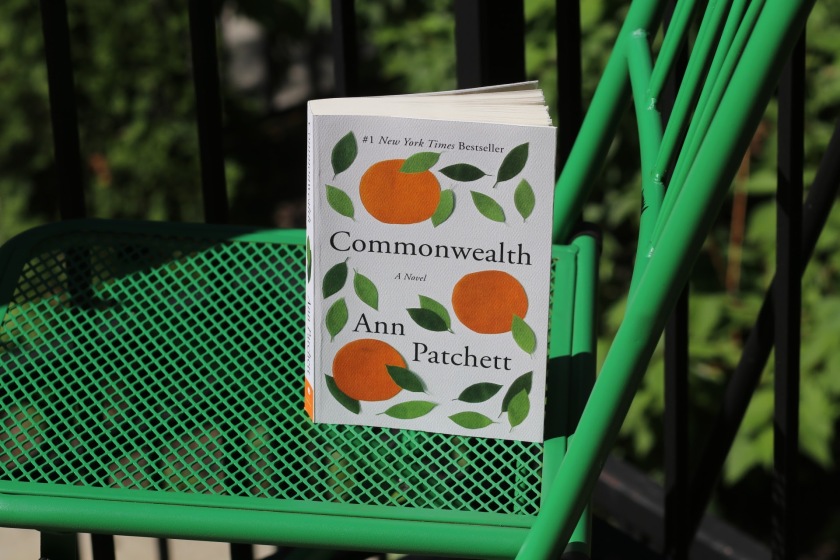 This book surprised me more than most. I know Commonwealth has been talked up for the past year (or so) since it’s release, but I wasn’t expecting too much. From all the descriptions I predicted it would be a relatively uneventful story about a complicated family and their 300+ page journey to right the wrongs of their past. Seemed like a story I’d already read before, and not much more. It was all of those things, but also more. Not to say those qualities by themselves aren’t enough for a good book, it’s just not what I was in the mood for. Current events leave me wanting for something more escapist, and Commonwealth throws you right into the beast of the realities of family, regret, and mortality. But in the best way…

This is the first Ann Patchett novel I’ve ever read so I wasn’t sure what to expect from her writing. I thought it’d fall somewhere between Judy Blume and Sylvia Plath. And all things considered I think I was pretty spot on with that one. I loved her writing style. The way she unfolds a story and builds your attachments to the characters is so subtle and gripping. She lets you in just enough to each character’s past and present that it makes you feel like you know them, yet want to know more.

When I got to the end of the story of these two families (the Cousins and the Keatings) I started crying. My two-year-old asked me to read to her, so I read her my book instead because I was eager to finish, and I started crying while reading it aloud. The ending doesn’t tie up the story into a perfect package, hit you with a major twist, or hit a huge climax. But it’s simple, romantic, quiet. There was something beautiful about it, and about the whole story. In thinking more about what made the story so moving, for me, I think it’s because Patchett told, so well, the story of the entire lifecycle of one family.

The first few pages begin with Fix, Beverly, Bert, and Teresa starting their families and submerged deep in the lives of parenting babies and toddlers (where I am). And once we reach the end those characters have reached the end of their lives and their once toddling children are now grown, with grown children. So much has happened. The story began as one about Fix, Teresa, Bert, and Beverly, but as life takes its course it becomes about their children. And those children’s lives are now settled, and slowing as well. The book felt like the start and finish of something. And I couldn’t help but feel sad that their story was ending, while picturing my family as it is now, just starting, eventually reaching an end (or new beginning depending on how you wanna look at it). Wow that sounds depressing! But in reading the story, no matter the mistakes or regrets in their lives, there was something beautiful about looking at a family as one complete story with a beginning and an end. Fulfilled.

So I definitely recommend this one to you all! I hope you enjoy it as much as I did.